It seems as though Nutella became popular over night, and was suddenly introduced into every recipe imaginable– cookies, rice krispie treats, brownies, french toast, bread, cake, frosting, etc.!! Well, if you have ever tried the stuff, you know why. It’s GOOD. Real GOOD. I would like to pretend that I’ve never eaten Nutella out of the container with a spoon, but that wouldn’t be very honest of me.

Here is one of the easiest and tastiest Nutella recipes I’ve ever made, and because it’s made in a pastry, you can consider it breakfast, right?! Yes, I think so. This recipe is so simple, the video pretty much explains it all in less than 40 seconds. 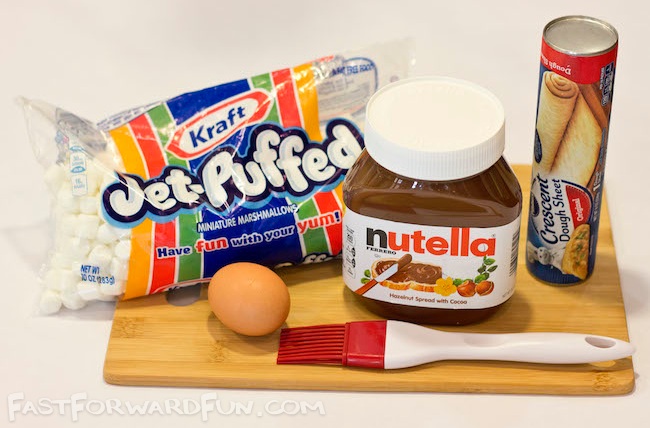 1. Open the dough sheet and cut into 6 equal squares. Spread a large tablespoon of Nutella onto the center of each square, and top with 4-10 marshmallows (I should have used more than 4!). 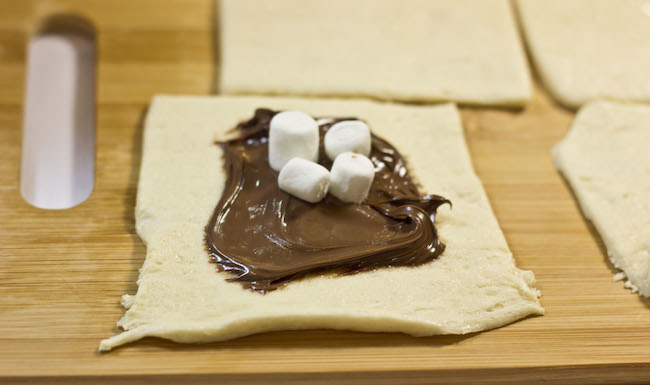 2. Fold the dough over into a triangle ensuring that the Nutella and marshmallows are completely covered. Dip a fork in water (so it doesn’t stick), and seal the pocket by firmly pressing the fork into the dough all the way around the edge. 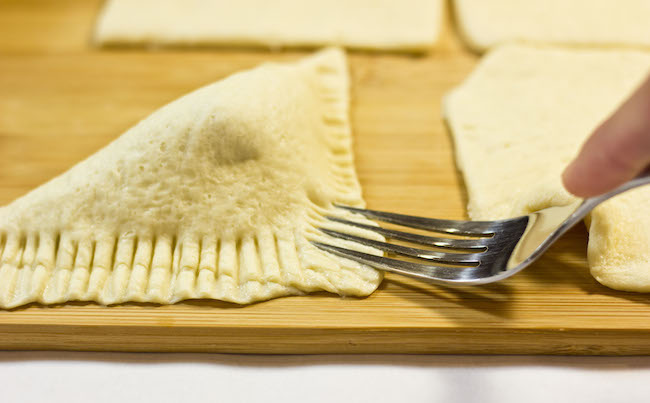 3. Spread egg wash (1 egg whisked with a tablespoon of water) over each pocket. 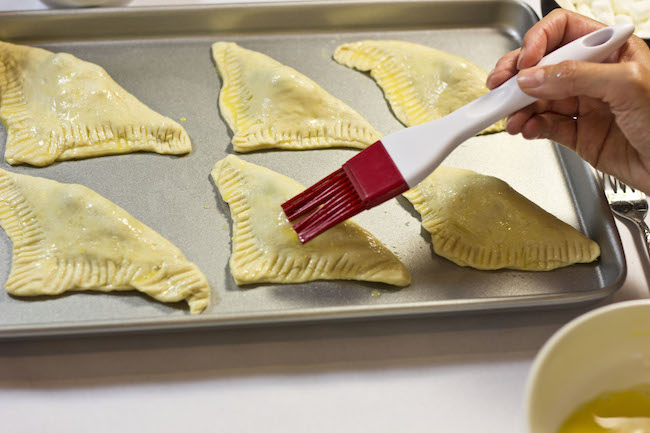 4. Bake at 350 degrees for about 20 minutes, or until the dough turns golden brown. 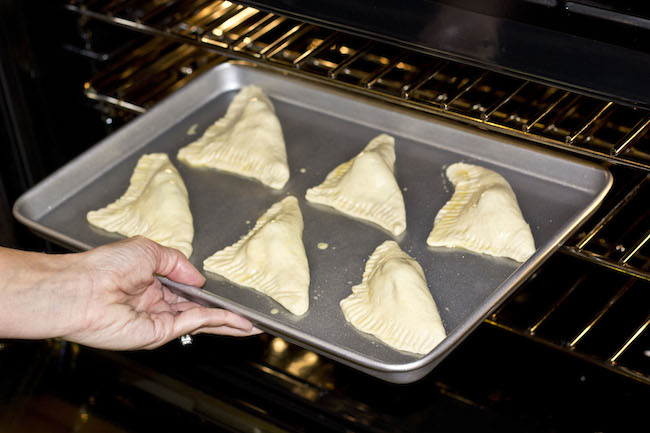 5. Let cool for a couple of minutes and enjoy! 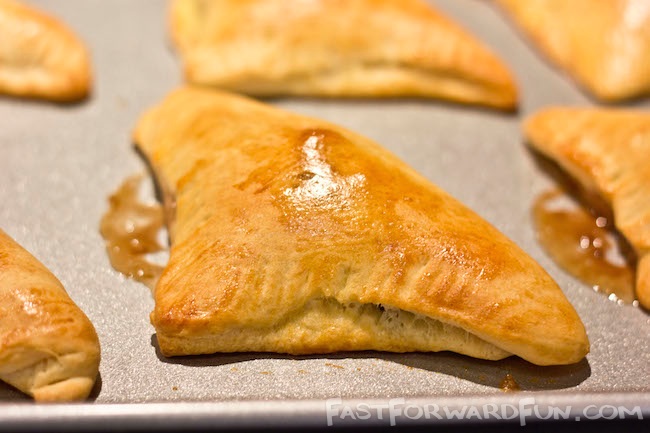 This is what the tasty inside looks like. Yum. 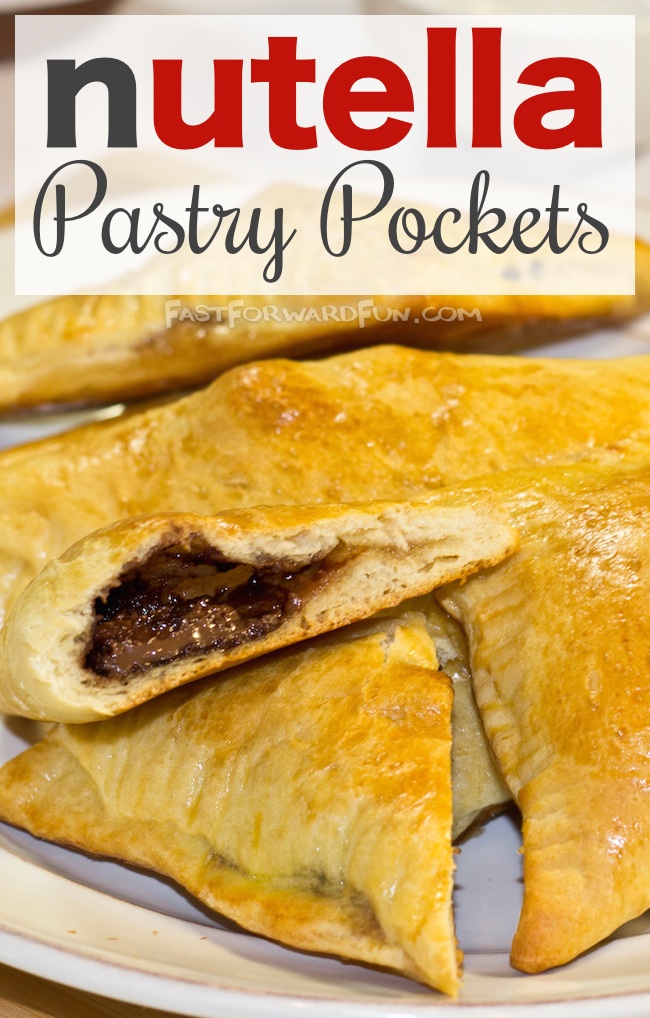 What else could you put in there? 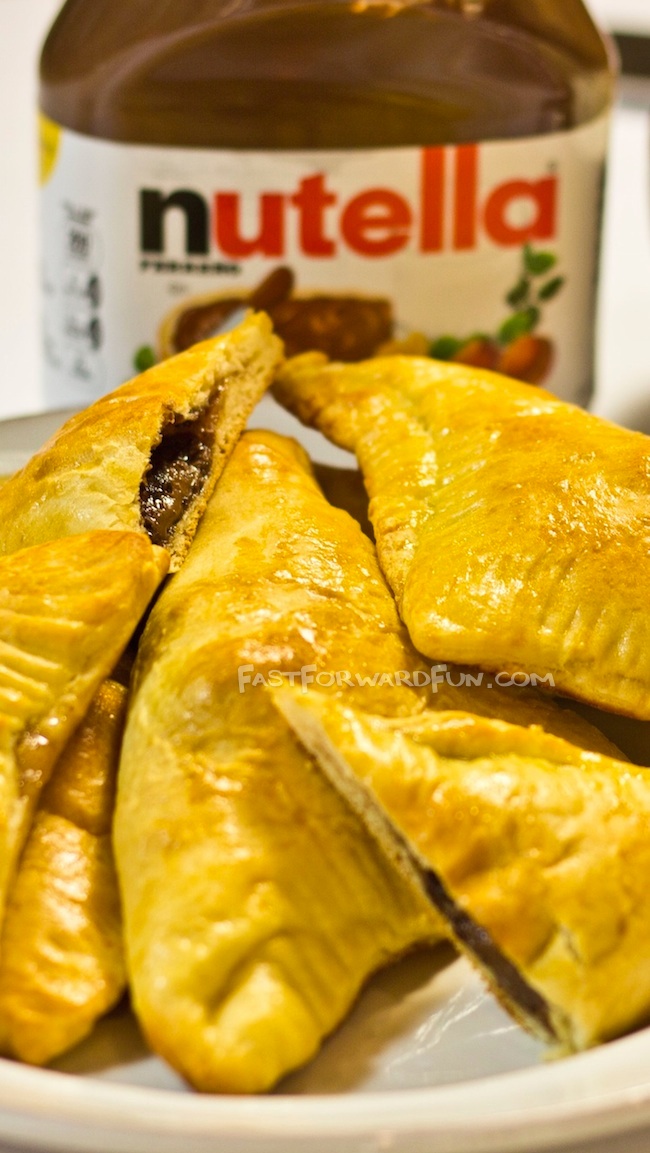 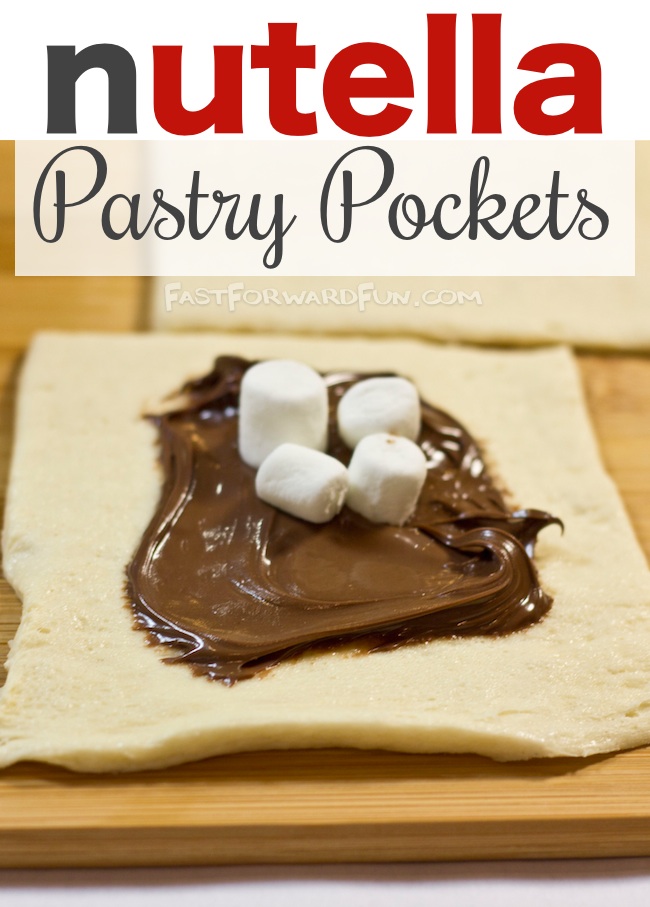 The easiest, most addicting Nutella recipe you’ll ever make. >>>>> http://www.fastforwardfun.com/easy-nutella-pastry-pockets/